In this riveting, poignant memoir of three generations of women and the white dresses that adorned them—television producer Mary Pflum Peterson recounts a journey through loss and redemption, and her battle to rescue her mother, a former nun, from compulsive hoarding.

As a successful television journalist at Good Morning America, Mary Pflum is known as a polished and highly organized producer. It’s a persona at odds with her tortured childhood, where she watched her emotionally vulnerable mother fill their house with teetering piles of assorted “treasures.” But one thing has always united mother and daughter—their love of white dresses. From the dress worn by Mary’s mother when she became a nun and married Jesus, to the wedding gown she donned years later, to the special nightshirts she gifted Mary after the birth of her children, to graduation dresses and christening gowns, these white dresses embodied hope and new beginnings. 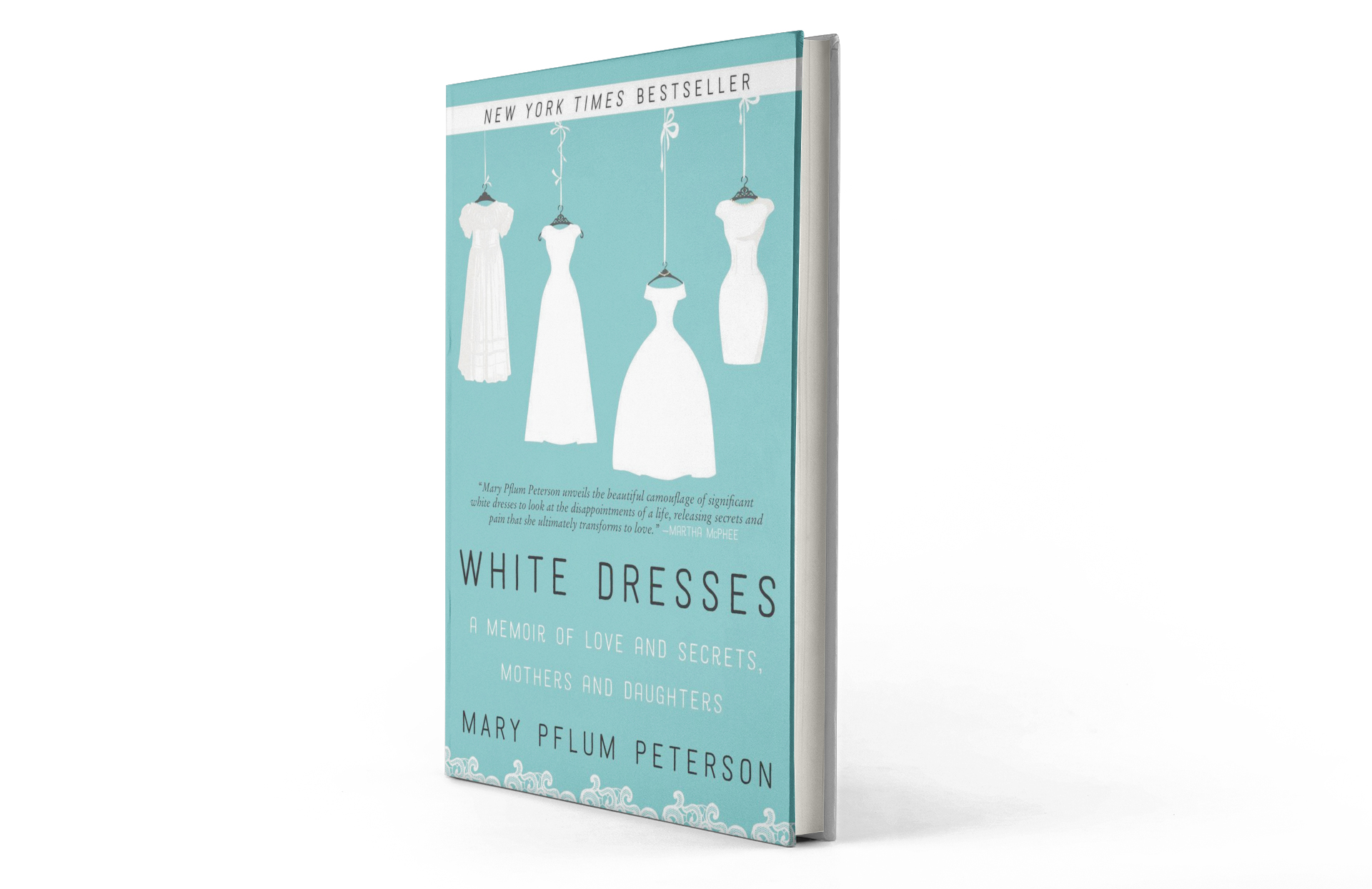 "Mark is very creative and easy to work with. He’ll hear what you’re saying, but he’s also good about making tasteful suggestions. A lot of people responded that they loved the site. I’ve got nothing but positive feedback. Several folks have reached out to ask who’s done my site. People love the site’s look, feel, and cleanliness.

Mark is excellent at project management. It’s just so easy. I was never expecting an immediate response, but whenever I pinged him something that was on my mind, he got it done. I remember distinctly that they did something for me on a Sunday morning, which was impressive. They never made me feel like I got lost in the shuffle. There was a mutual desire to get the site done.

Don’t micromanage someone like Mark too much. Otherwise, you might miss out on an opportunity to make something really good. " 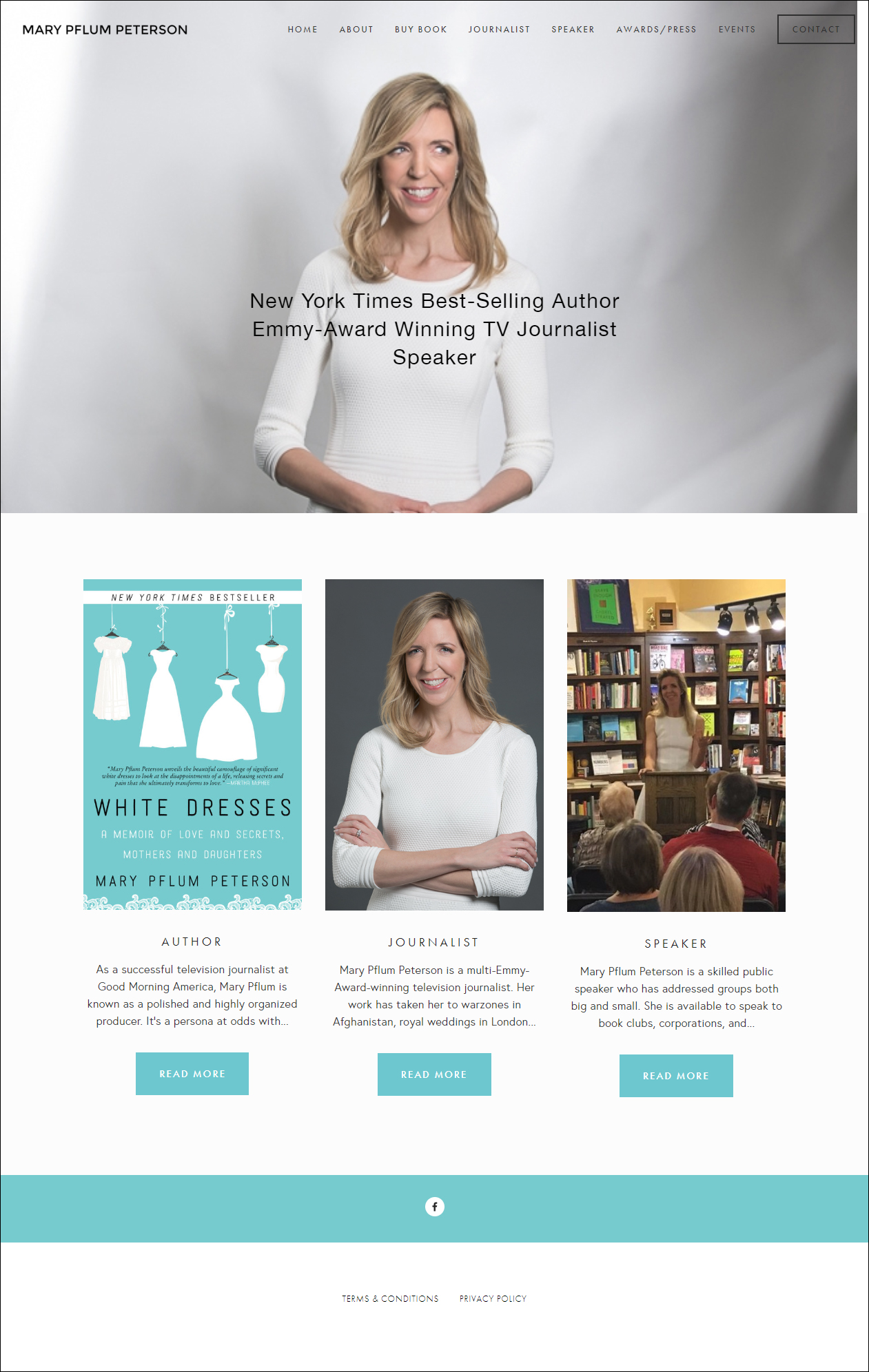 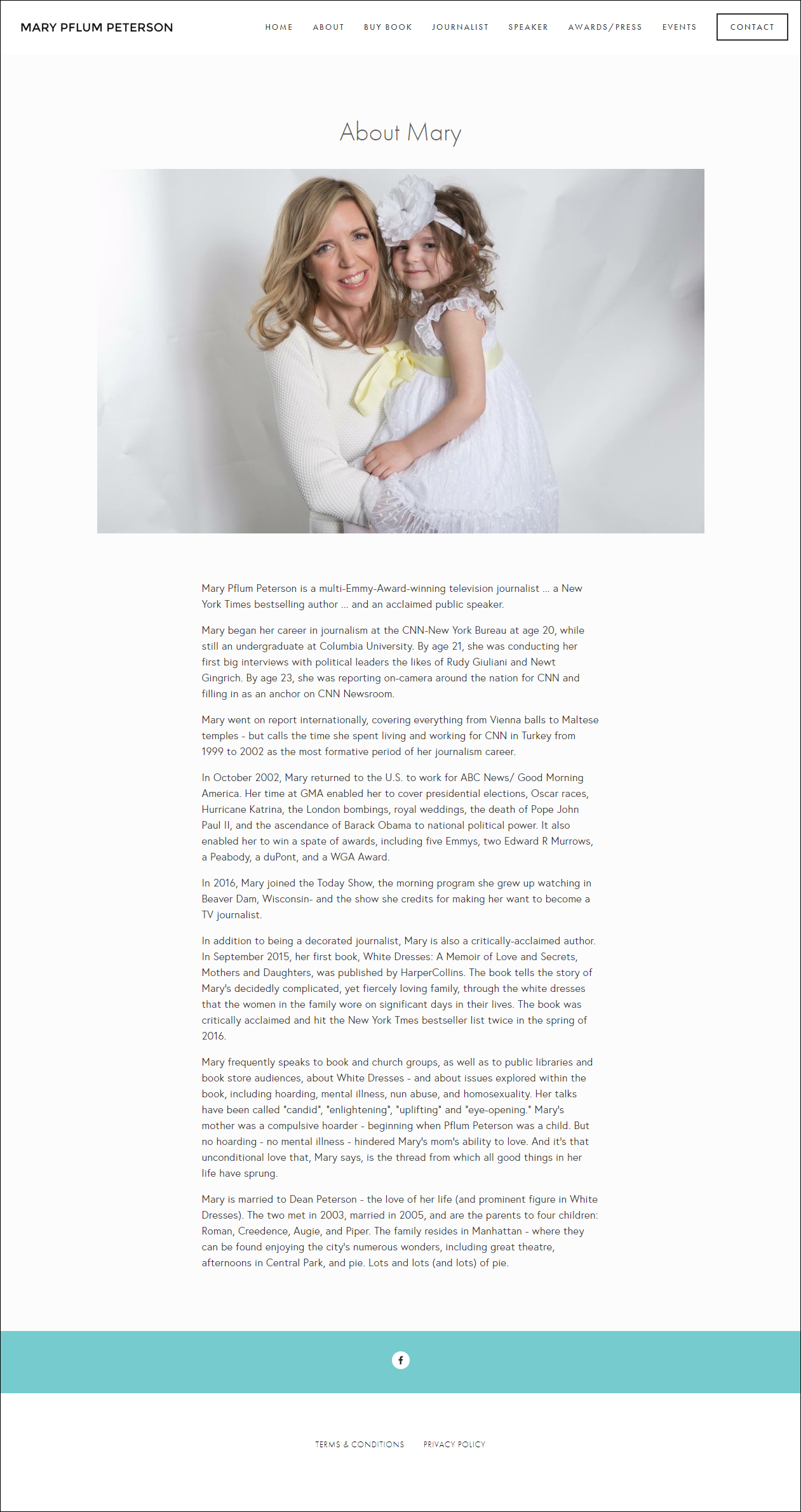 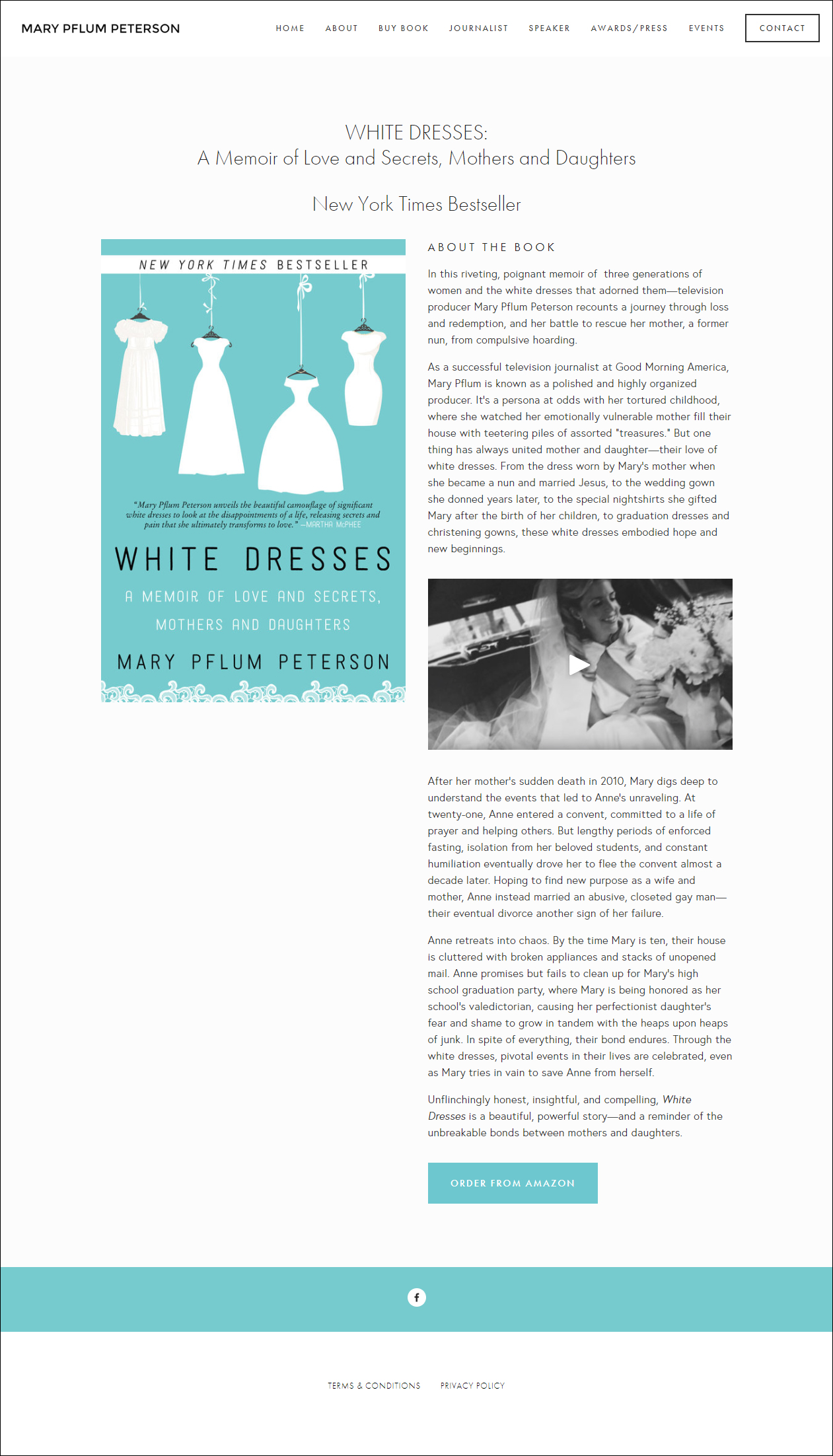 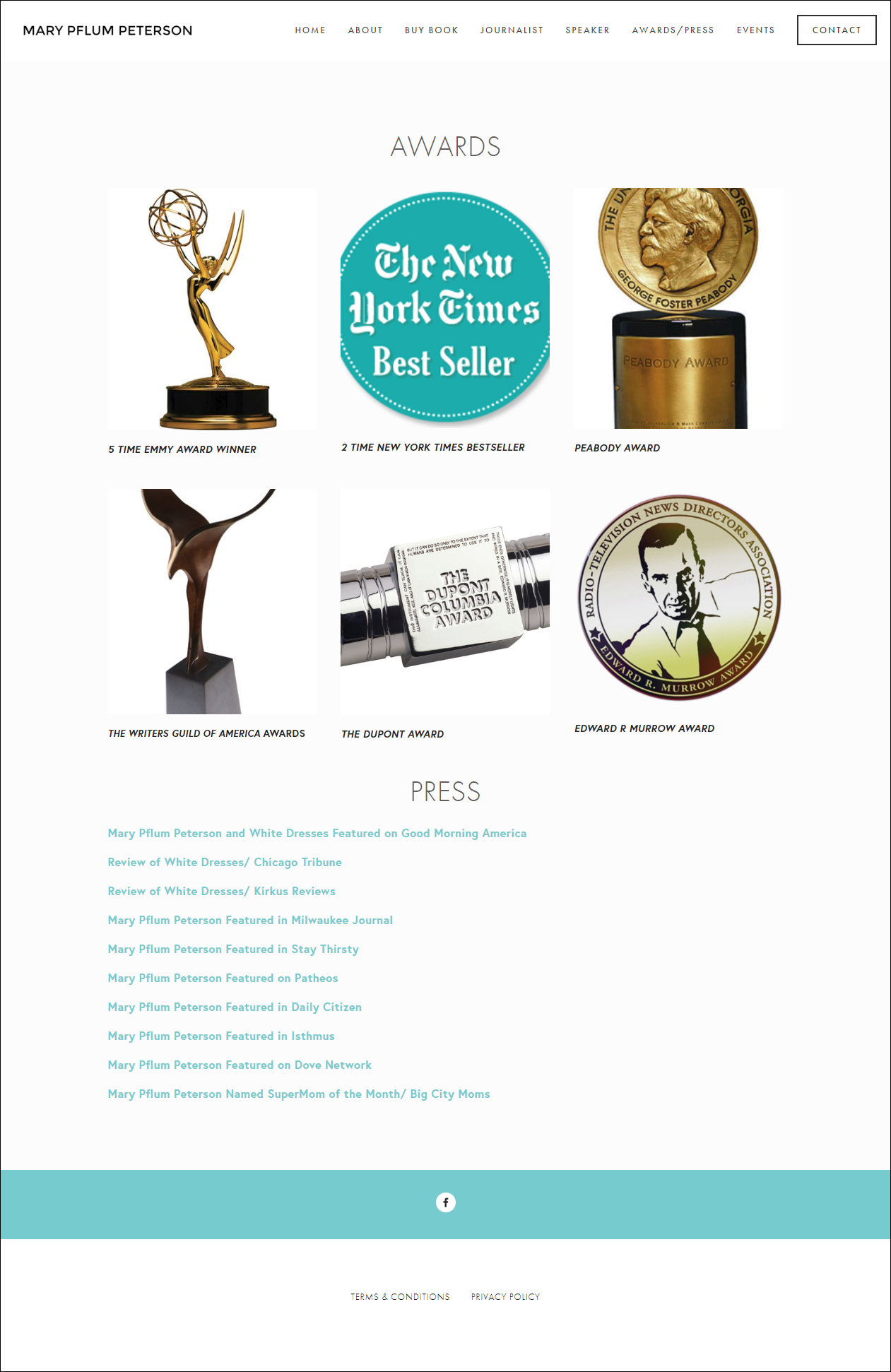